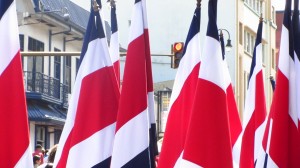 So, our trip to Costa Rica has ended a few days ago and now is time to process our thoughts about this country. As soon as we left the airport I could see something different; the cab driver was speaking english to us. I hope you understand how unusual this is and to illustrate, here is a comparison with Brazil. San Jose is the capital of CR and the metro area has aproximately 1.75 million people, the size of Curitiba/Brazil.  As soon as we leave the airport signs of American hotels and restaurants are everywhere. Did we really leave the US? Well we did, the difference was clear when you look at the old cars, houses and roads. 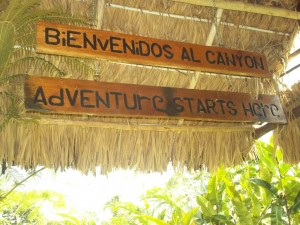 Costa Rica is ranked 64th is the Human Development Index by the UN, Brazil is 75th and the US ranks 4th. My impression is that Costa Ricans, Los Ticos, live very similar in comparison to most brazilians, although I think Costa Rica overall is poorer in regards to infastructure. But our biggest surprise was how americanized this latin american country has become. For sure we went to places where tourism abounds, so our opinion is biased, but again compared to Brazil, the infrastructure in these places was impressive:  really good restaurants with good food and cocktails, good hotels & good service, and additionally, signs with english and waiters who are bilingual.  Some restaurants even had signs advertising NLF games. The service is very good when you compare with other countries in latin america.

Costa Rica is one of 22 countries in the world and the only latin american country who has a democracy since 1950 and addtionally,  no army since 1949.  However, there is a heavy police presence on the streets, not only in San Jose, but also in small towns.  I felt safe in San Jose dowtown, using my camera to take pictures on the street. 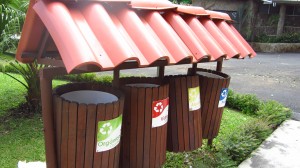 Another point that caught my attention was how “green” this country is. Trash/recycling is divided in every place we have been. Costa Rica wants to be the first nation to be carbon-neutral by 2021 and 25% of the country are National Parks.  Los Ticos should be very proud of their country; it is a small country but has an enourmous amount of natural resources and it is really beautiful. It is bathed by 2 oceans, has green mountains, beautiful beaches, lakes, waterfalls, forests and volcanos and they know how to explore these for tourists, creating the perfect set-up for adventure sports 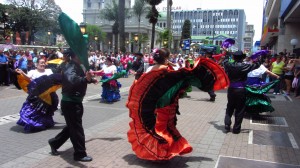 The people seems to be very friendly. Always helpful giving information and seemed to be happy. I did not see a single person or child asking for money. I also did not see any homelessness in San Jose. The roads are good, but the inter-city bus service is precarious. The buses don’t have AC or restrooms.  I also saw school buses even in small towns, this is very rare to see in Brazil. 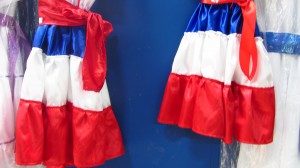 Another point that was striking to me was the patriotism. Costa Rican flags everywhere, maybe this was because of Independence day, but the the white, red and blue colors were in restaurants, bikes, cabs and houses as often as I see in the US.  But not as much as I see yellow and green in Brazil during World Cup. 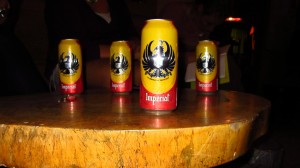 Lastly, let’s talk about money. Their currency is called Colones and 1 US dollar costs about 500 colones. In touristic areas you can pay either in colones or dollars. They really don’t care. In fact I can go to an ATM and even get US dollars.  Credit cards are not accepeted everywhere.  A meal, a drink is usually sightly less expensive than the US, but more expensive than other countries in Latin america. My comparison is always a local beer (long neck) in a bar that can cost from  $1.8  to $3.5 dollars. 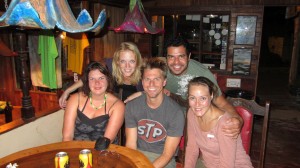 So, if you are looking to spend some time in a beautiful country that has good infrastructure for latin america, where alot of people speak english, and that is very americanized and touristy, come to Costa Rica. PURA VIDA is well worth the trip.