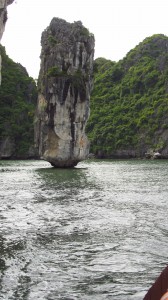 Halong Bay along with Cat Ba Island is described by travel guides in such a way that you would feel like an idiot for not visiting. The adjectives utilized to describe this place are quite lofty and loaded and one wonders if a place like that can actually exist. As we got to the ferry drop off point on Cat Ba island the lansdcape was flat, ugly and the surrouding area was filled with what we thought were fish farms. But as the bus drove towards Cat Ba City we were finally able to understand what all the hype about it. The only road takes you along the edge of the island for a bit and you get to see this tropical paradise in all it’s splendor. Surrounded by karsts jutting tens to hundreds of feet out the emerald green sea, Cat ba is a lush green tropical island is that is just shy of perfection. It is like Rio de Janeiro’s coast on steroids. 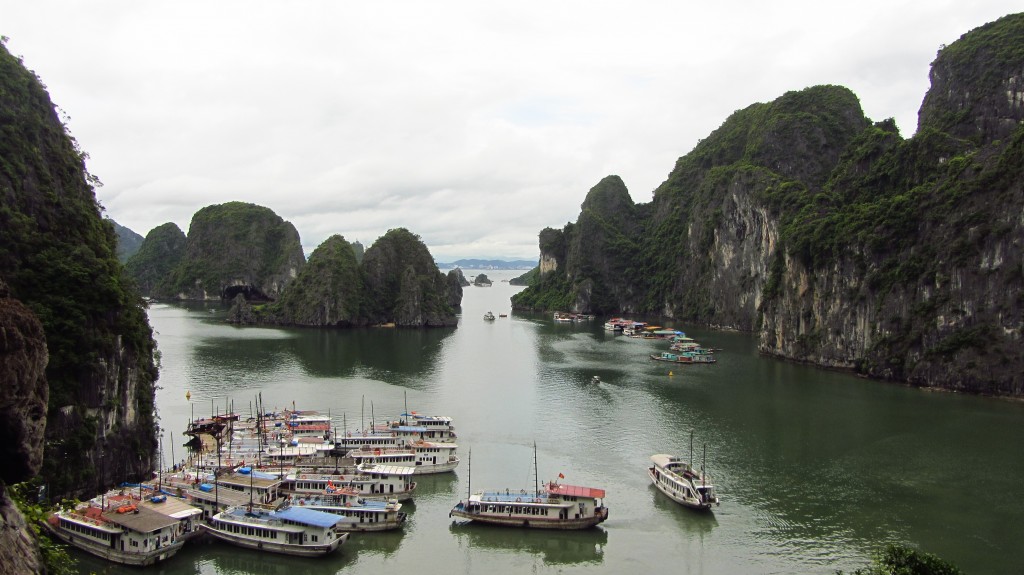 We took our preferred mode of transportation, motor scooters, and visited about every inch of available road on the island. It’s beautiful and unique! Along the way we stopped and visited a hospital that was created inside a mountain. It was 3 floors, had a kitchen, some offices, and operating room and quick emergency exits for the North Vietnamese officers should the Americans try to bomb the area. Granted some of the mountain was a cave that made construction easier, but we were both suprised at the size of the hospital and the number of rooms all inside a mountain. 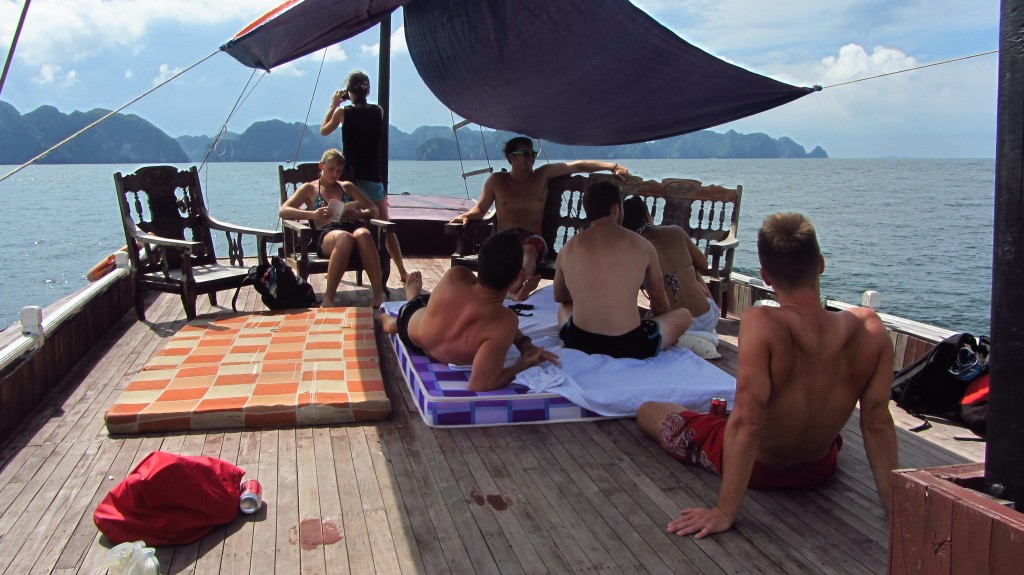 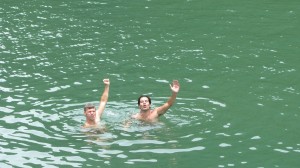 We spent 2 days on a boat cruise which gave us an opportunity to explore Halong bay and some local caves both large and small. Halong Bay has thousands of karsts which double as small islands in and of themselves. Some of the caves were formed from sea water and sea wind erosion while others simply had the their formations created from the drip drip drip of fresh water. Getting to sleep out under the stars on the deck of the boat was a treat and something I won’t soon forget. The activities ranged from kayaking into caves sometimes in complete darkness to rock climbing and a lot of swimming in small beaches along the bay. I would reccommend do a little research prior to coming because there are some times of the year which are not good and certain ways of seeing the bay and islands which could leave you disappointed. As a matter of fact there was a Typhon alert as we got in the region, but the storm changed course and never affected us. 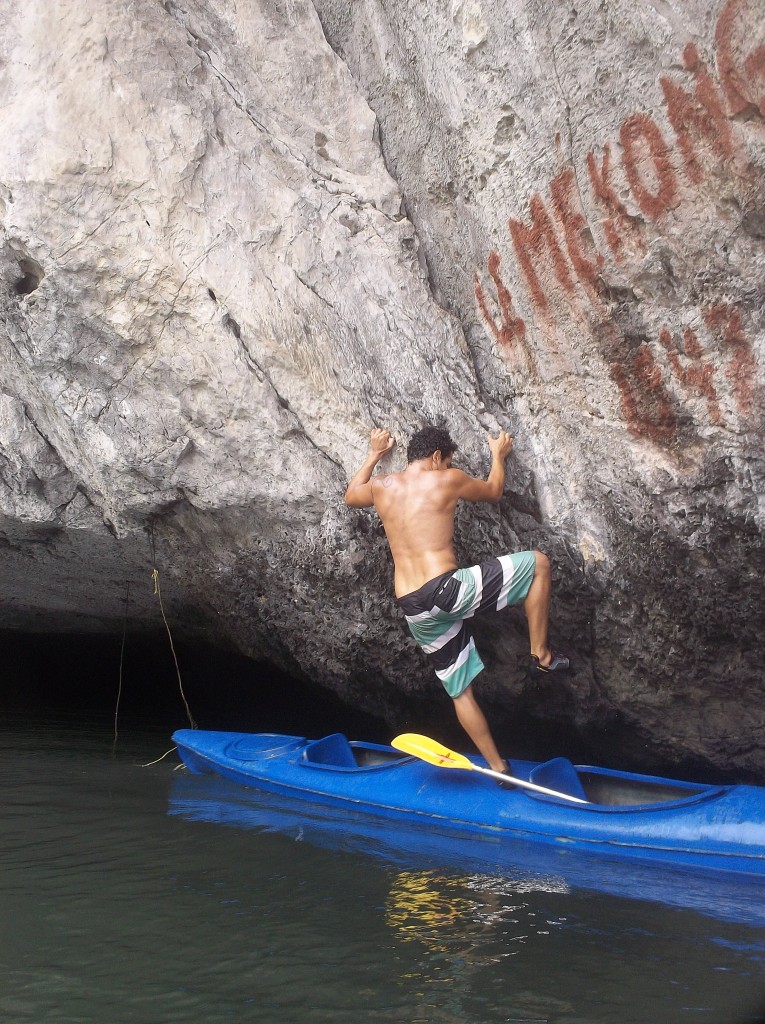 Onward to Hanoi…. Even though the city stretches on for miles, we spent nearly all of our time in the Old Quarter. There you have access to anything a tourist might want to visit and to watch the real life of people who live and work in the capital. It’s setup as a grid with diagonal streets overlayed, think Washinton DC minus the super wide streets. The commerce here is the center of this bustling area for more than 1,000 years. Most of the buildings are a few stories high and the streets and lined with trees. It’s a quaint, walkable city neighborhood with lots of little shops to visit. A real sight of what is Asia. 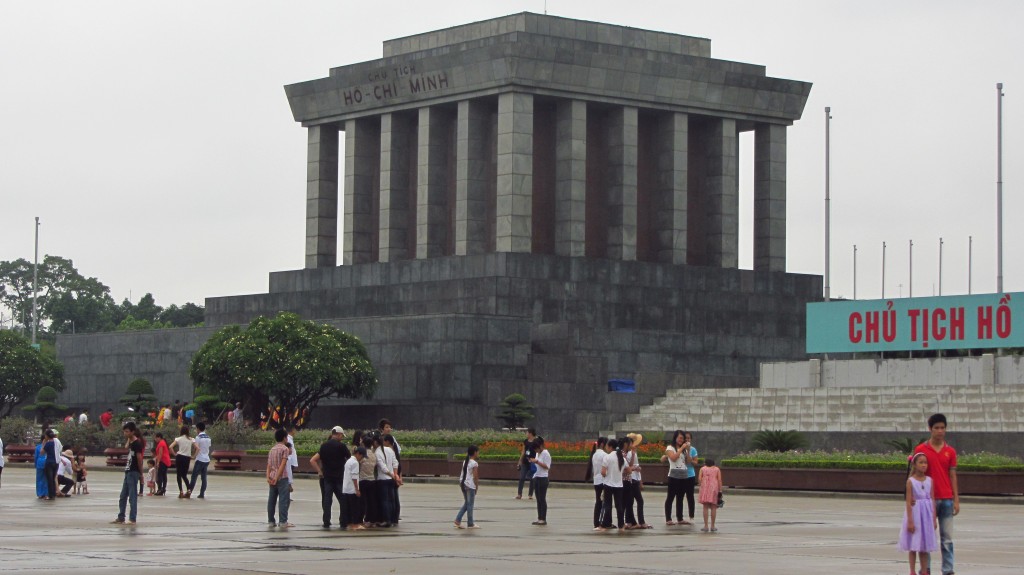 We got to see the Ho Chi Minh Masoleum. It seems strange that his dying wish, that he be cremated, was not honored. For a person to be so revered and yet his wishes for his own body to be discarded is rather odd. The place opens at 8 AM and if you don’t arrive early, you are likely to be standing in line for quite some time. I would say this part of the tourism in a authoritarian country met my expectation. Having the “dear leader” embalmed and kept at cool temperatures so that “the people” can have chance to have a glimpse of how he looked the final days prior to his death is downright creepy. 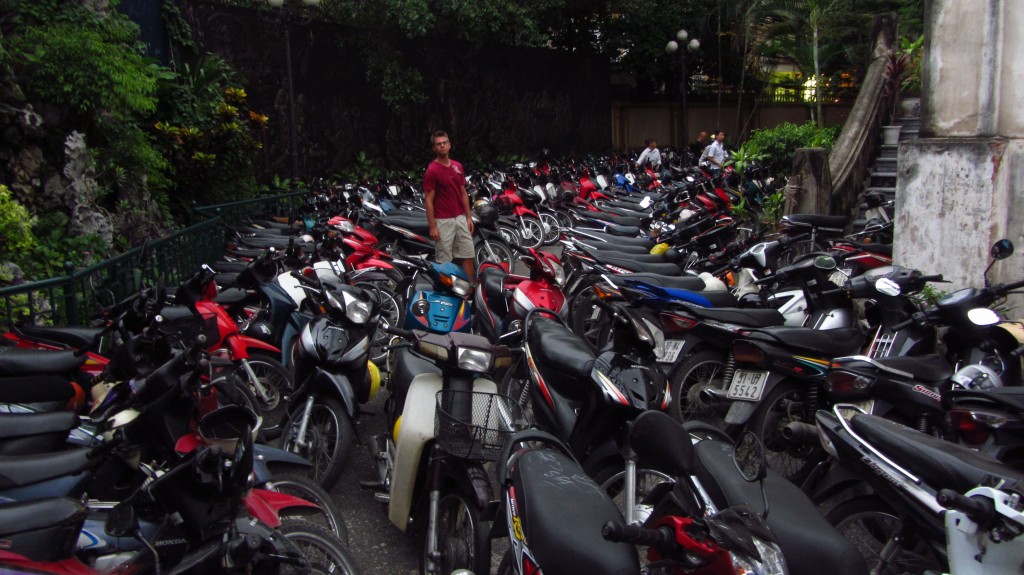 We also got to see something you wouldn’t expect in a communist country, a catholic church service. We were a bit disppointed with the cathedral, but the number of people attending the Sunday evening service was impressive. The number of motor scooters parked along side the church was site to behold. 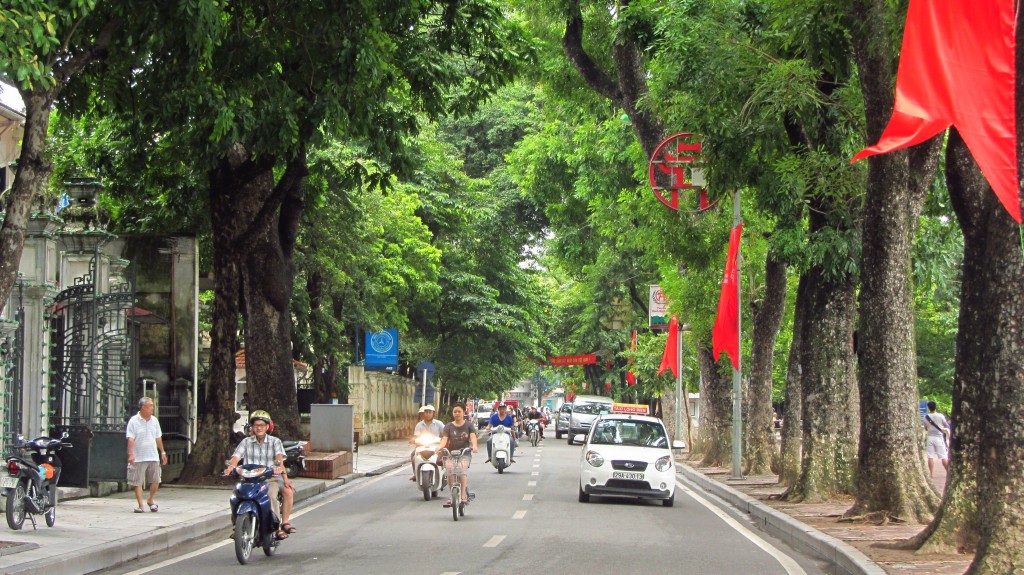 The Streets of Hanoi

One of the best things about Hanoi was wandering through the streets of the Old Quarter is discovering some little hole in the wall restaurant or food stand that serves some of the best food we had in Vietnam. We’ll give some more details in the next and final blog. 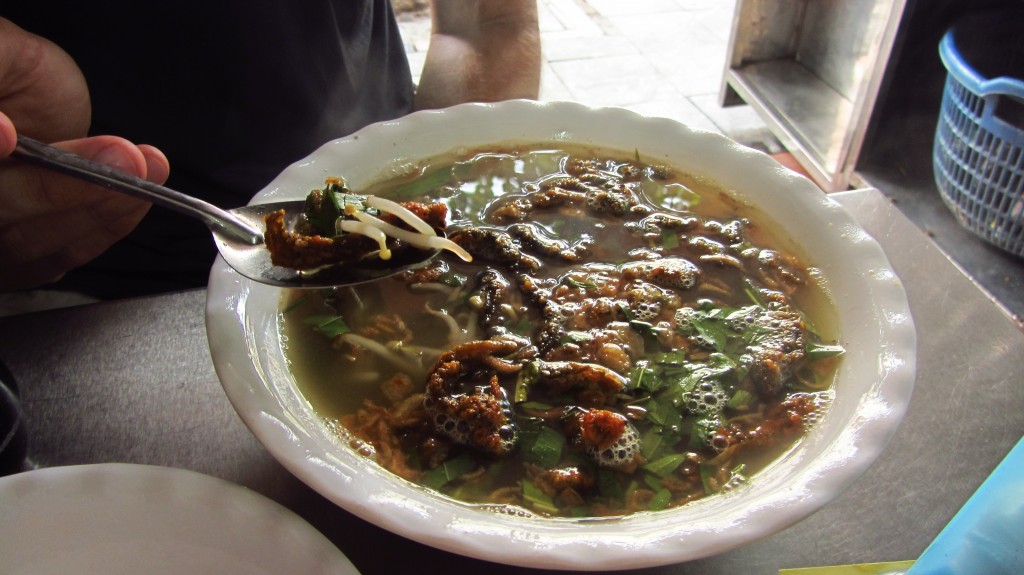 In the mean time, one of our last picture albums.

Up next is our impression(s) of Vietnam