The largest religious complex on Earth

Posted on August 5, 2012 by itinerantfling 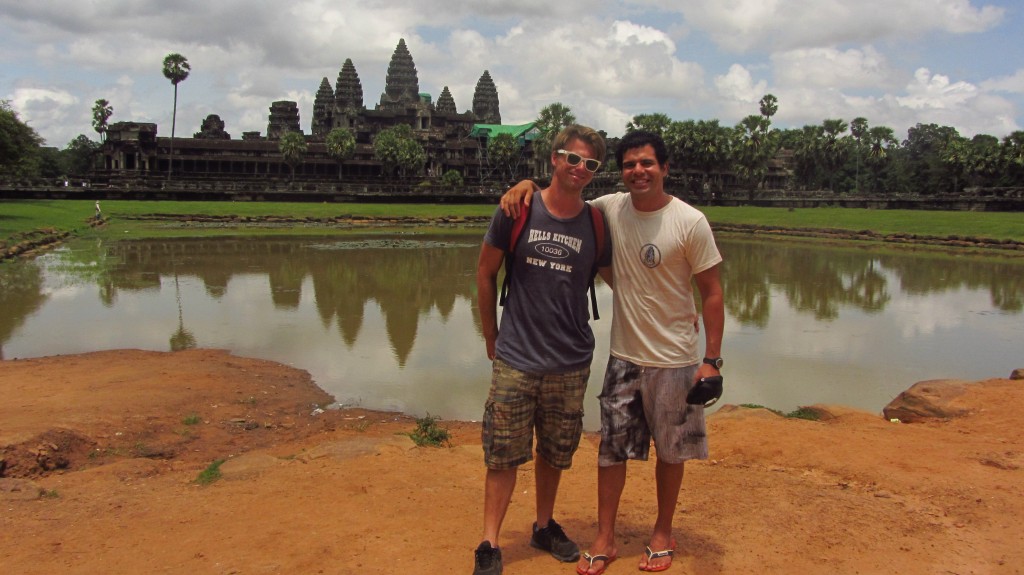 It was absolutely amazing!!! We have seen ruins in Mexico and Guatemala during this trip. I have been to Rome, Cuzco, and Machu Pichu several years ago as well. But I have to say that the Temples of Angkor are absolutely fantastic. If you like history and architecture this is one of the most impressive places on Earth. There are several reasons why this different from other ruins we have seen in the past: 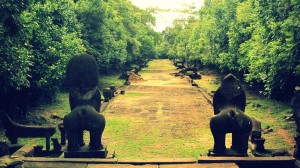 1. There are several sights with several temples and a lot of them are really big;
2. Different from some of the Inca and Maya ruins, a lot of the ruins are still intact; 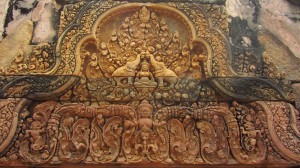 Look at the details

3. Some of the carvings and details are the best we have seen;
4. And finally, in some instances, the slow yet steady creep of nature from the last 1,000 years has transformed the sites from urban cities into jungles. It gives this place a unique characteristic that makes it one of the most fantastic places to see in the planet. 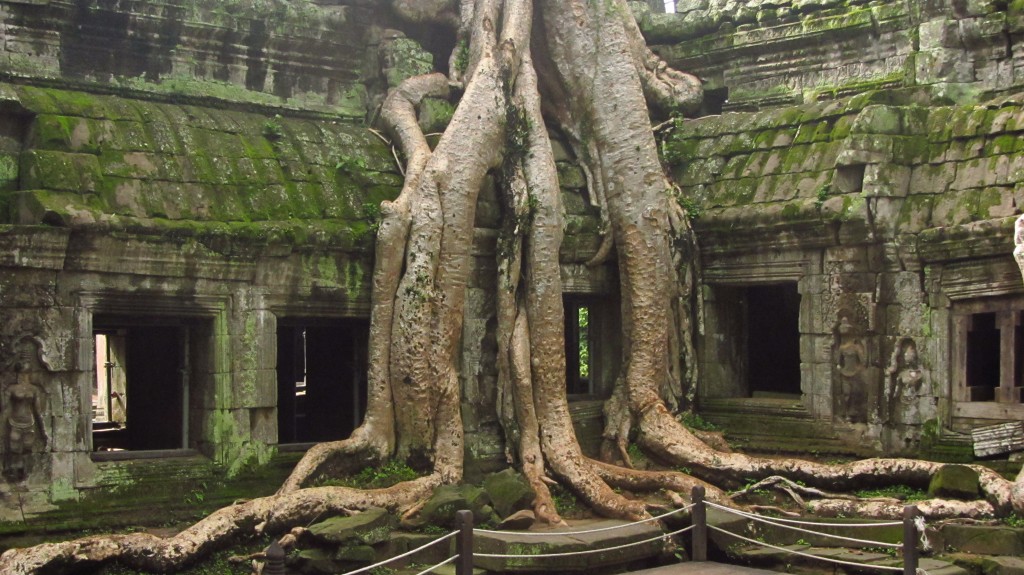 Unfortunately we had to stay in Siem Reap which is a the second largest city in Cambodia. It’s very touristy and full of locals trying to make money off of you. We arrived during the “off-season” so the amount of workers trying to offer us services was almost too much to handle. At least there is no violence, but people can be very aggressive. By far the best thing we did in Siem Reap was the fish massage (see video). 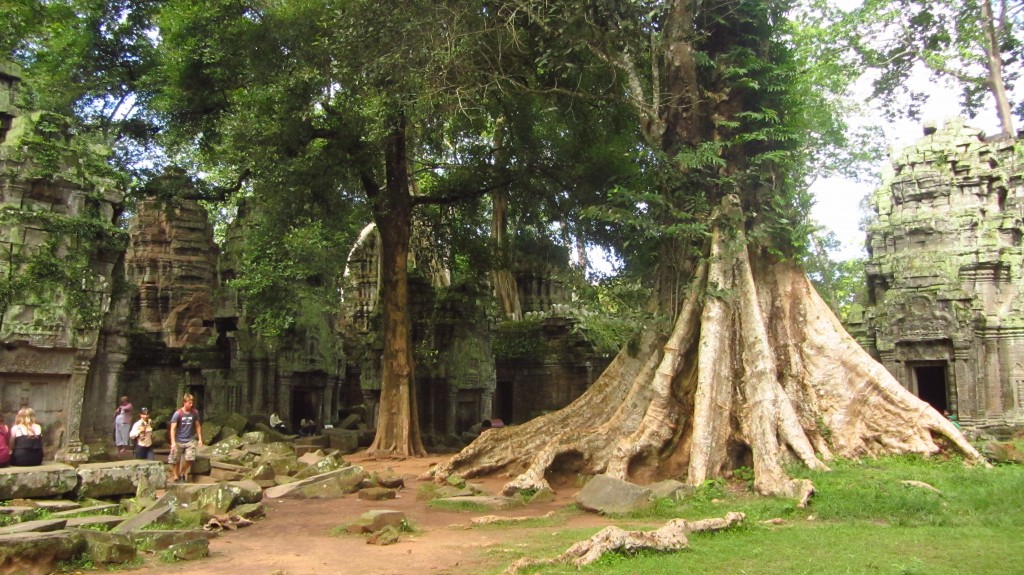 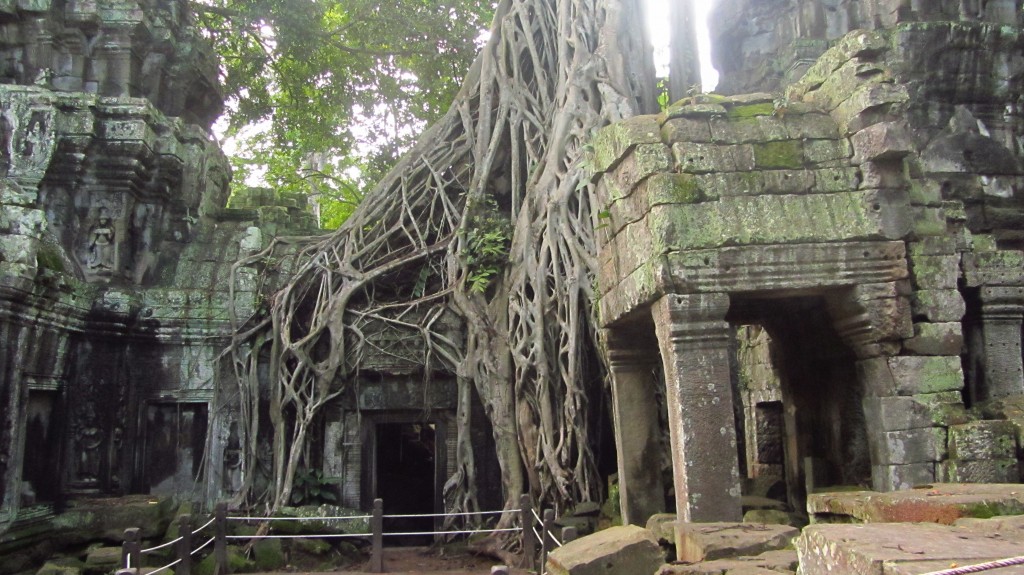 We just spent a week in Cambodia. Both cities were very touristy and it is very hard to draw opinions about a country when we feel that we did not get to know the country so well. Different than Laos, Cambodia is more developed, but for some reason we saw more poverty on the streets. Again this might be because of the places we visited. 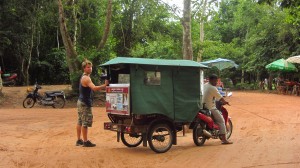 Cambodia landscape is not particularly pretty. Very flat and the rice paddy fields continued to follow us along the way. Angkor Wat is located in a tropical forest and was more beautiful than most parts of the country we saw. The food was not that interesting either, but I loved the green fruits with spice sauce sold on the streets. 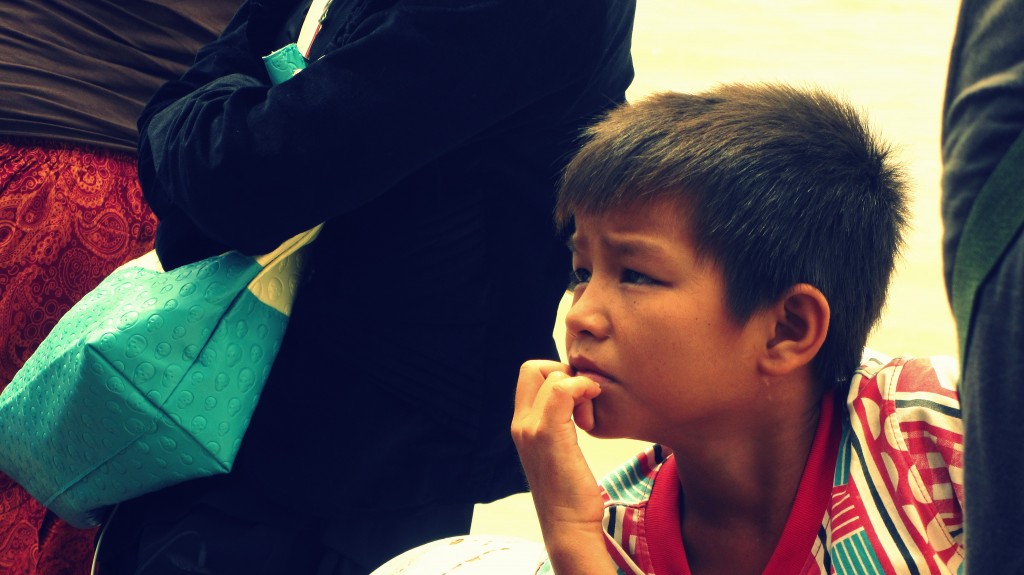 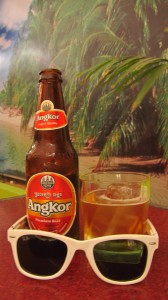 Even the beer is called Angkor

Here, everything is in dollars. It is strange to go to a place on the other side of the world and get dollars from the ATM. Everything is very cheap and a bottle of beer is usually between 0.50 to 1 dollar. A meal is around 3 dollars and a budget hotel room with AC and WiFi costs between US$ 10-15.

If you wanna be more bored with the pictures, just follow the link. 🙂

This entry was posted in Cambodia, Impressions by country and tagged Cambodia, nature, Siem Reap, temples of Angkor, tuk tuk. Bookmark the permalink.