Posted on July 7, 2012 by itinerantfling 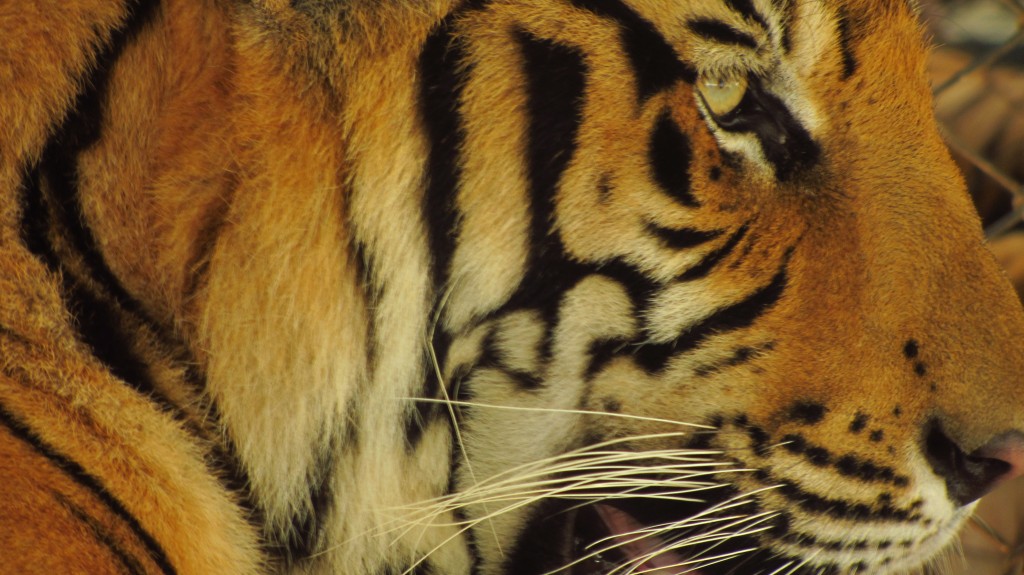 Leaving Bangkok was not easy, but we had to. Although southern Thailand is known for some of the best beaches in the region, we had to follow our own karma and go North, towards Laos, our next destination. On the way we visited two important cities: Sukothai and Chiang Mai. 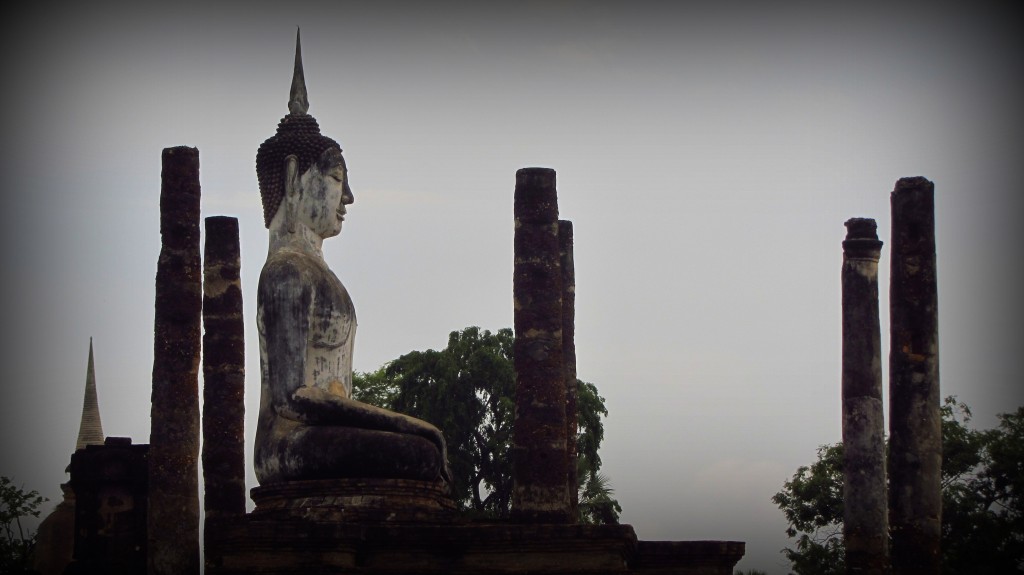 Siamese cats are some of the most beautiful and most recognizable cats in the world. Evidently they came from the region of Siam. But where is that? Well, Siam does not exist anymore, but Thailand & Sukothai do, & Sukhothai was where the famous Siam kingdom started. The city is located 265 miles north of Bangkok and it was the first capital of this new Kingdom that eventually changed its name to Thailand in 1939. After being sacked by the another northen kingdom in 1438, Sukhotai was left for ruins and these ruins are about 15 minutes from the present-day city with the same name. 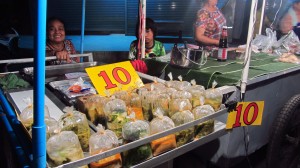 The best way to see them is to bike around, however biking in the summer in this region is not the most pleasant experience, (envision Heat and Humidity) and we were not as impressed with the ruins as we had hoped to be. The best thing for us was to adventure in the night market in the city and try different foods. Around 6-7 PM, locals, usually at young age come to the market and buy their dinner and take it home in a very unusual to-go box: a plastic bag. Although we chose to sit and eat, I’m sure the to-go method of eating was just as delicious. 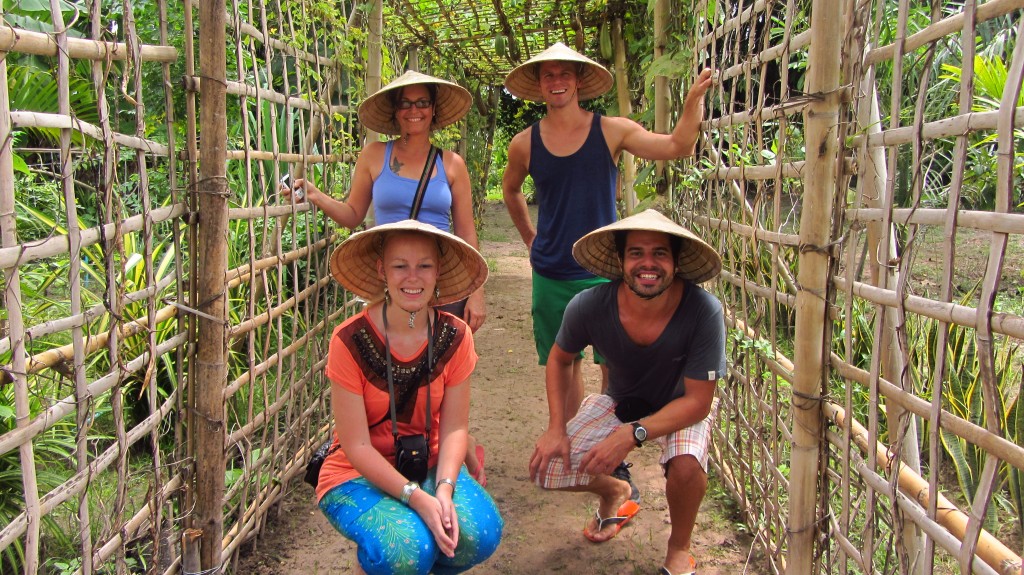 Our next stop was Chiang Mai, also called the “Rose of the North”, and is one of the largest cities in Thailand and is known as a relaxing place for tourists. It offers beautiful temples, nice views from the nearby mountains, amazing nothern thai cuisine and an array of other anamalistic activities. Chiang Mai is one of these places where you feel like home and you better watch out, because you may want to stay longer than you previously thought. 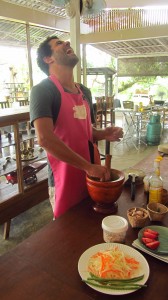 You Call That Spicy! HA!

Since Thai cuisine has been one of our favs, we challenged ourselves and took a full day cooking class to learn some thai cooking art before we were to head back to Boston. It was absolutely amazing and not near as difficult as we’d imagined (Thai food has depth of flavor we are not used to cooking ourselves)!!! We first went to the local market to see some local ingredients, then headed to a farm, where we could see most of the produce we were about to use. In the end, we cooked 5 different dishes and ate them all. We were completely stuffed!!!!! 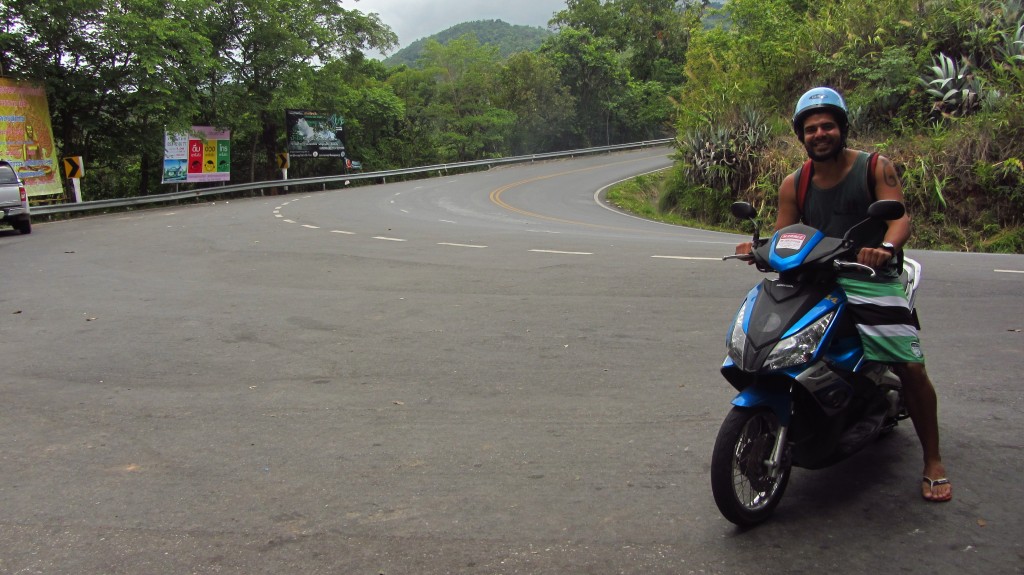 The next day, it was a little more scary when we decided to go to a mountain top temple 18 Km away from Chiang Mai.
Scary Part I – Instead of going on a tour, we rented moto bikes to get to Wat Phrathat Doi Suthep, a temple that is said to be founded in 1383. Leaving downtown Chiang Mai with its difficult traffic was a little challenging, especially for us who had not driven a scooter in more than 6 months & Thai traffic drives on the left, but we managed to get there unharmed. The drive going up the mountain was nothing short of spectacular and the temple itself was probably the most gilded temple we have seen so far, making it somewhat special. On the way back, we headed to one of the most known temples in Thailand: the tiger temple. 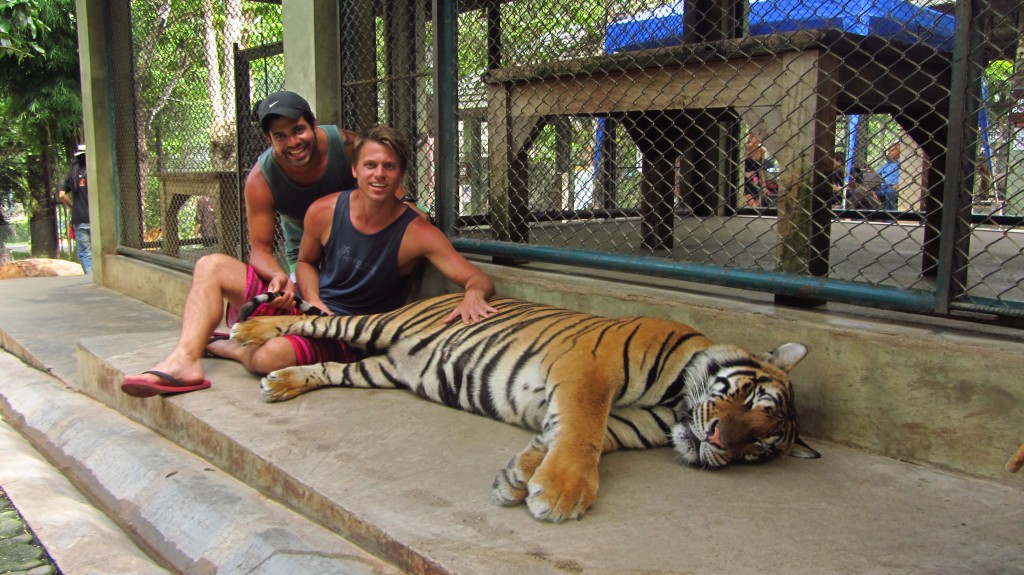 Just keep Dreaming and Everything will Be Fine!

Scary Part II – This part we were not expecting, but we saw some pictures and after a long investigation about it on the internet we decided to go. It basically consists of staying 10 minutes inside a cage with tigers. Yes, bengal tigers, those huge cats with beautiful stripes. Some of them were just gigantic and weigh 500 lbs, some were just a few months old and were really cute. We decided to take pics with two big cats. One of them was sleeping at first, but woke up. The second was very awake and pose for some pics with us and a friend we met in Chiang Mai. 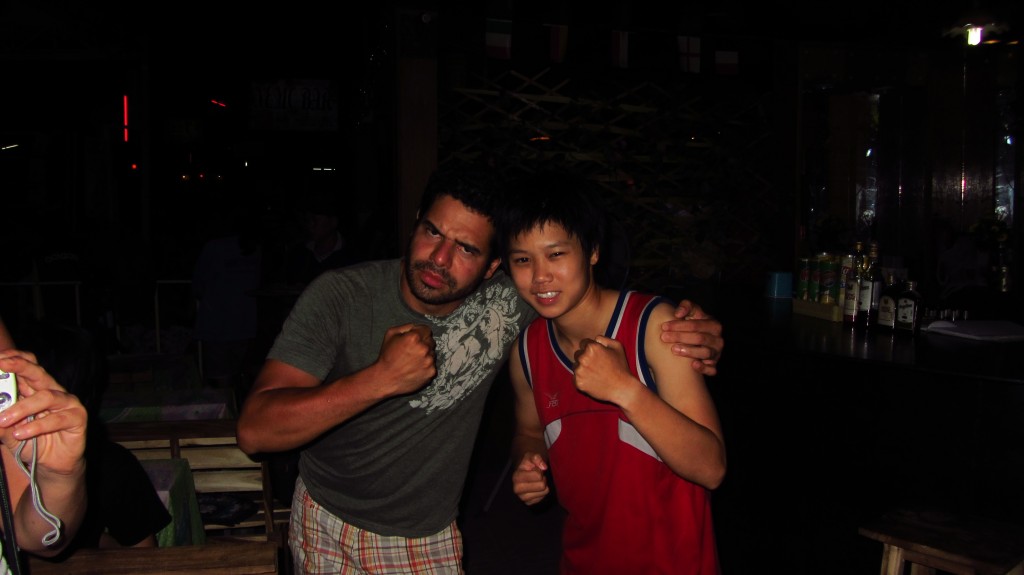 Don't smile or I'll Kick Ya

At night, the fun continued, when we watched a Muay Thai fight that and was really interesting. There were several fights happening, one of them with women, another with teenagers, the main one as the last between a swiss and a local thai and the best was the showtime when they blindfold about 6 fighters and they were trying to hit each other without seeing anything for 3 minutes. That particular show was HILARIOUS!!!!!!! 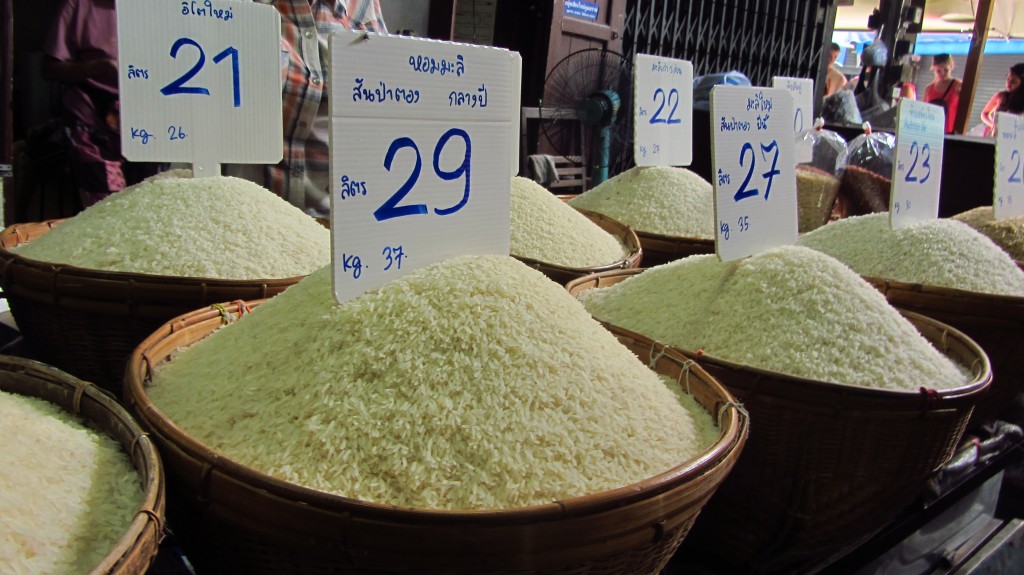 There are a lot of other activities to do in Chiang Mai, the food is absolutely fantastic and we did not even talk about the massive outdoor markets on the weekends. The city also serves as a hub for other pretty small towns in the area. Definitely a place to come back and enjoy everything it has to offer. 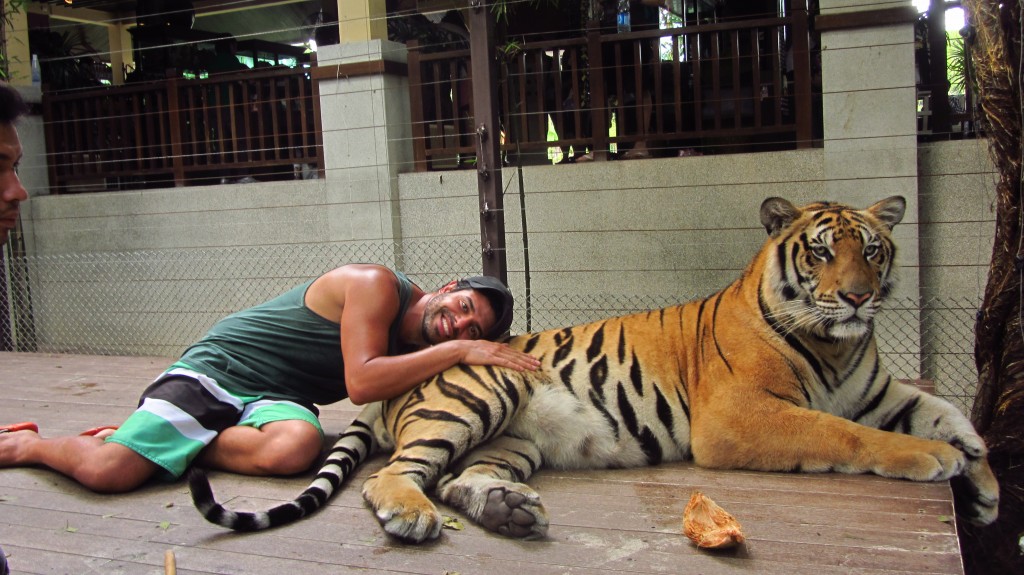 So Soft... But Please Don't Eat ME

Up next is Laos