Nepal – The Most Unique Thus Far 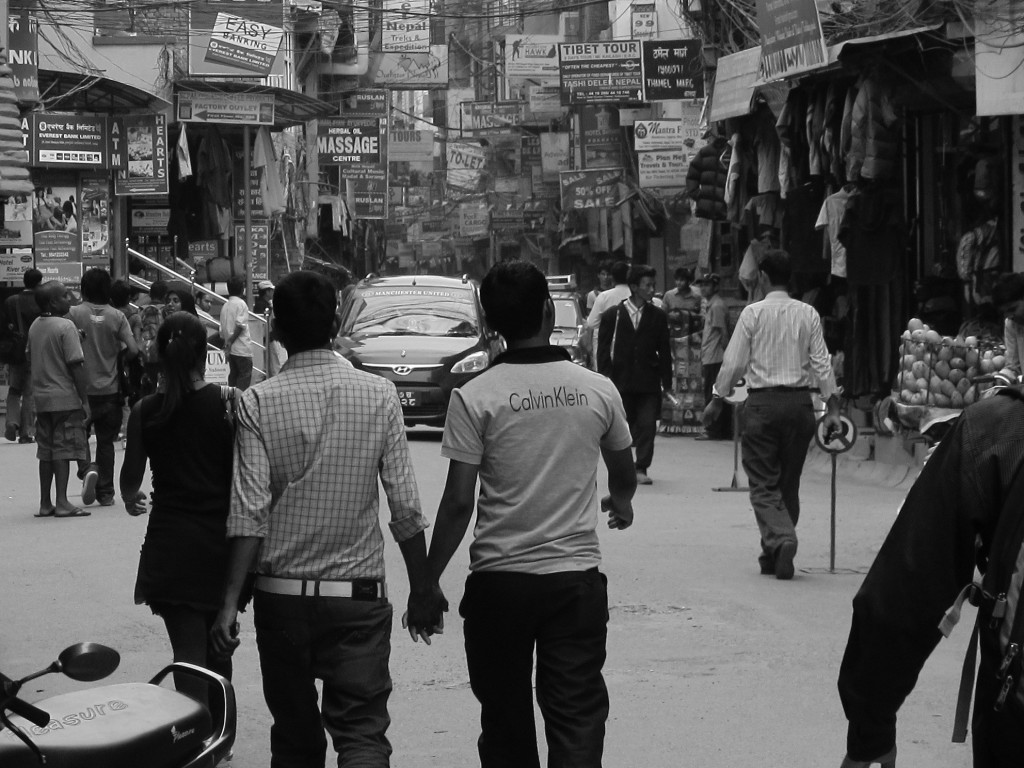 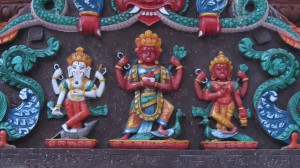 Shiva at the Center & Ganesh at the Left

Imagine you go to a place where the people believe in so many gods that is difficult to keep track of them all, where some of them have an elephant face and others might have several arms, where people eat their food with their hands (right hand ONLY), where some rivers are viewed as a place where you throw trash and some rivers are sacred and people bathe in them post cremation. A place where it is considered normal when men hold hands on the streets; a place so poor that people don’t have money to buy shoes, but at the same time they put food on altars every morning for the the gods which will never be eaten by themselves. A place where cows are sacred and if you kill one, you go to jail; where some people have a symbol drawn on their face indicating what position in society they belong to. This place is called Nepal it is right here on Earth and it has hard to believe that these customs have been around for more than 3,000 years making it a lot older than most or all our traditional western way of life. 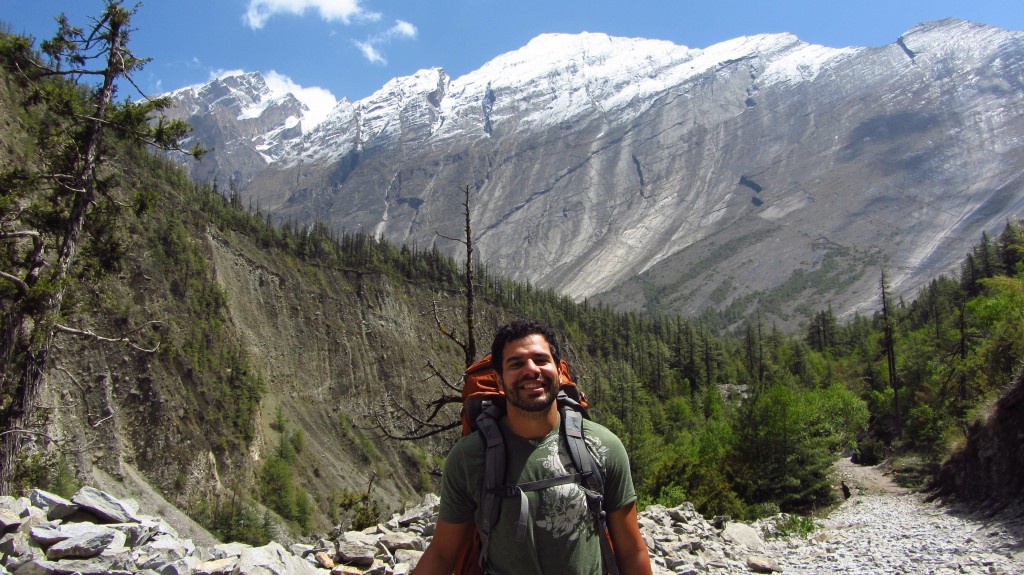 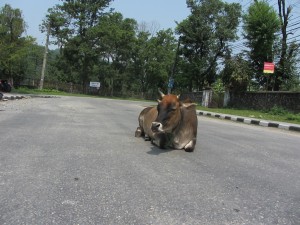 Nepal is a landlocked country, is about the size of the US state of Michigan and sits right in the middle of the two largest populous countries is the world. Over the centuries it has been an area of a lot of trade and commerce due to its privileged location between China and India. Because of its geography and trading history Nepal has more than 100 identified ethnic groups and more than 90 different languages are spoken in the country. As we walked around the cities and villages during our 25 days in Nepal, we could see a big mix of races and, in our opinion, this made the people have a more attractive look when compared to its neighboring countries. This seems to be a pattern in countries where more miscegenation happened. 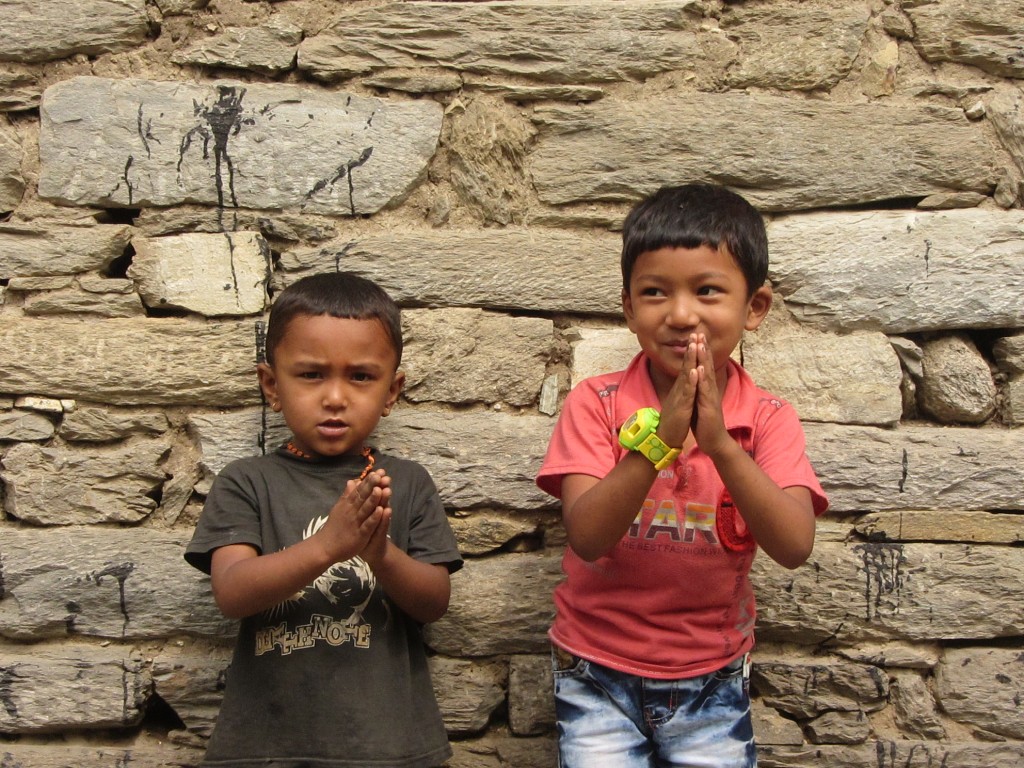 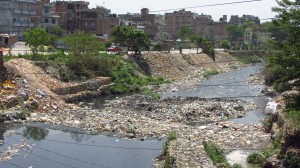 The River is Where We Throw Our Trash - SAD

A little more than half of Nepal’s 27 million are illiterate and about the same number live in rural areas. The social and economic indicators make Nepal one of the worst countries to be born and on of the poorest countries in the world. These are sad numbers for such good people. We could begin to appreciate how nice and humble people were as we moved away from the urban centers. We also could see how hard it is to live in poverty, the lack of sanitation (I could write an entire blog post about this) and grueling work in the rural fields . At the same time it was amazing to wake up every day to have the tallest mountains on Earth around you and so many differently landscapes. Nepal has quite the scenery package: jungles, 8 of the 10 tallest peaks in the world, numerous fresh water rivers some of which were raftable, heavily wooded forests, and glaciers. 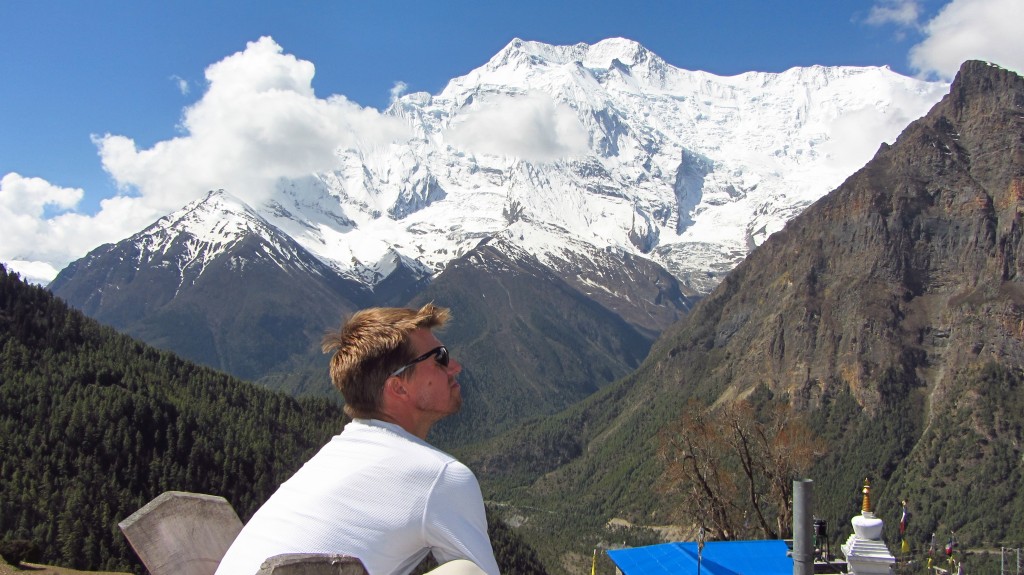 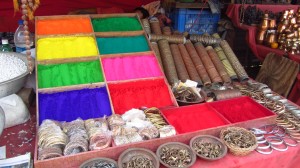 Powder to Place on Hindu's

Nepal has proportionally more hindus than even India, making it the the most hindu country in the world. Hinduism, considered the oldest “religion”, is really hard to grasp completely for the average non Hindu ; we decided to just observe how much this is ingrained in their daily lives from very early in the morning when women come to small outdoor shrines all over the city ringing bells with offerings to the gods, or lighting candles in the temples, or offering tikkas (that red dot on someones forehead) to family members. It is fascinating to watch how people relate with deities and superpowers in a way we were not used to see. 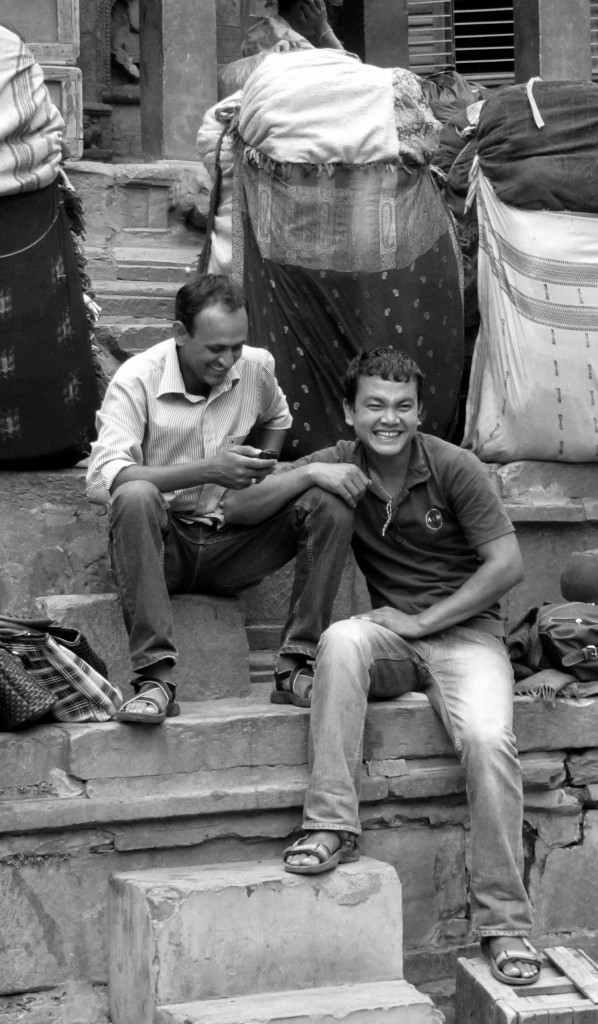 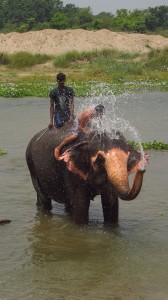 Also, male and female public interaction is almost non-existent in the country. Men and women rarely are seen in public talking with one another. I don’t think it’s taboo, but you just don’t see it. However, male and male interaction is constantly in front of you, especially in the cities. Even though homosexuality is somewhat accepted here, I do not believe what I was seeing is “homosexual behavior”. Men walk down the street holding hands or their arms are linked at the elbow or one guy has his arm around the other guys shoulder. It’s similar to what Jason saw in Dubai years ago with men also holding hands. It really is fascinating and quite foreign to the way we have grown up. 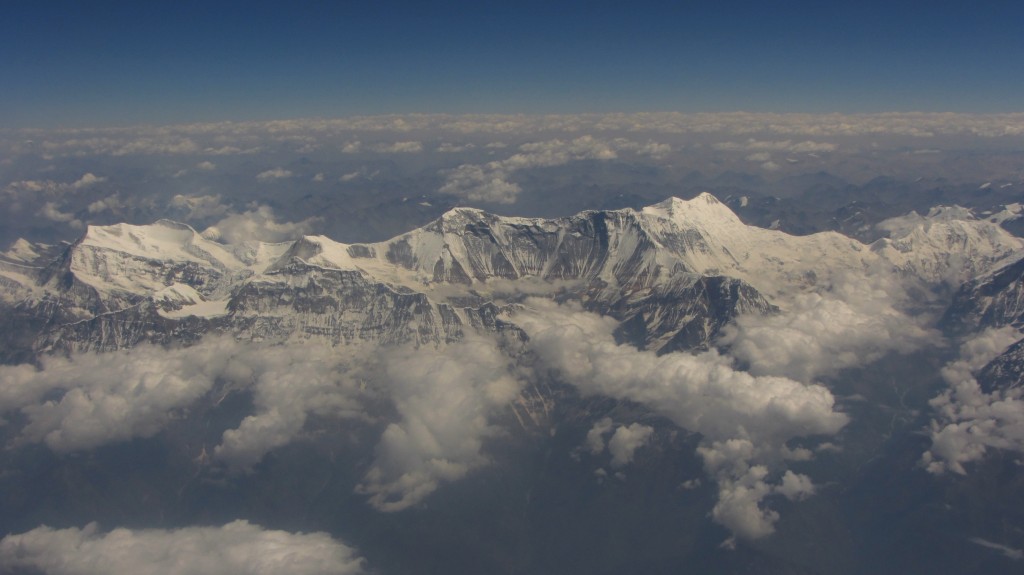 Not Just a Mountain

Traveling in Nepal after South America was a blessing (money-wise); Nepalis would say Ganesh, the remover of obstacles, had granted us some good luck. Our money went quite far as the country’s currency is called Nepali rupee and 1 US dollar will get you around 85 rupees. Nepal has two main beers: Everest and Ghorka. The one that taste the least like water is Ghorka and it cost between US$ 2-4 for a 20oz bottle . A plate of Dhal Bhat (rice and lentil soup with some curry vegetables) cost around 3 dollars and if you had chicken it was a dollar more expensive. Budget rooms in Kathamandu cost around US$ 6-10.

Back To Bangkok, but here’s one last taste of Nepal

This entry was posted in Impressions by country, Nepal and tagged Elephants, Kathmandu, mountains, Nepal, poor, rivers. Bookmark the permalink.

2 Responses to Nepal – The Most Unique Thus Far