Kathmandu Brought Tears to My Eyes

Posted on June 3, 2012 by itinerantfling 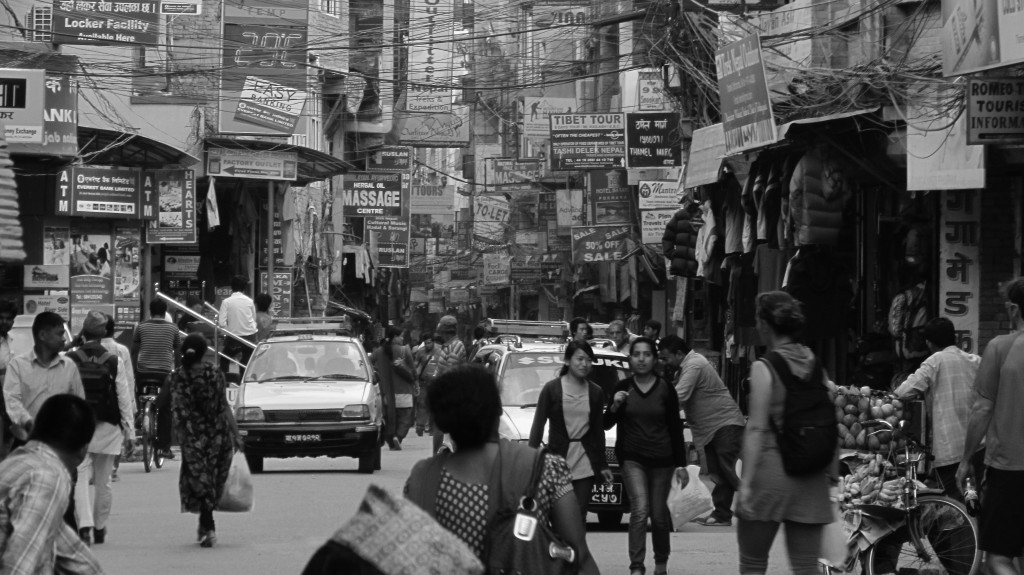 The Streets of Thamel, a neighborhood in Kathmandu 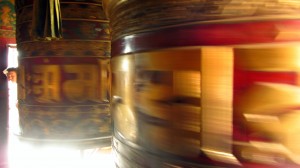 Jason is Shiny Behind the Prayer Wheels

It was all set. Backpacks ready with all supplies and gear for a full 2 weeks trekking on the world-famous Annapurna mountain, a kind of holy grail for trekkers around the world. But on the day of departure I had to postpone due to GI issues, better known as diarrhea. As a matter of fact Kathmandu has not been very nice to us. Let me explain. 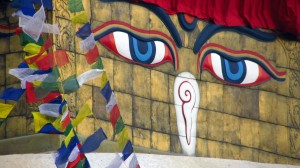 We arrived in Kathmandu after a very long flight. We left Santiago de Chile and arrived in Bangkok 55 hours later due to delays. The flight that had a connection in NYC saved us almost US$ 5,000 instead of flying over the Pacific from South America. After crossing the Arctic circle, the 4 largest countries in the world, and a total of 200 degrees of latitude we had a few days to enjoy Bangkok and then left to Kathmandu. We will talk about Bangkok later because we intend to visit again, but now is Nepal’s time. 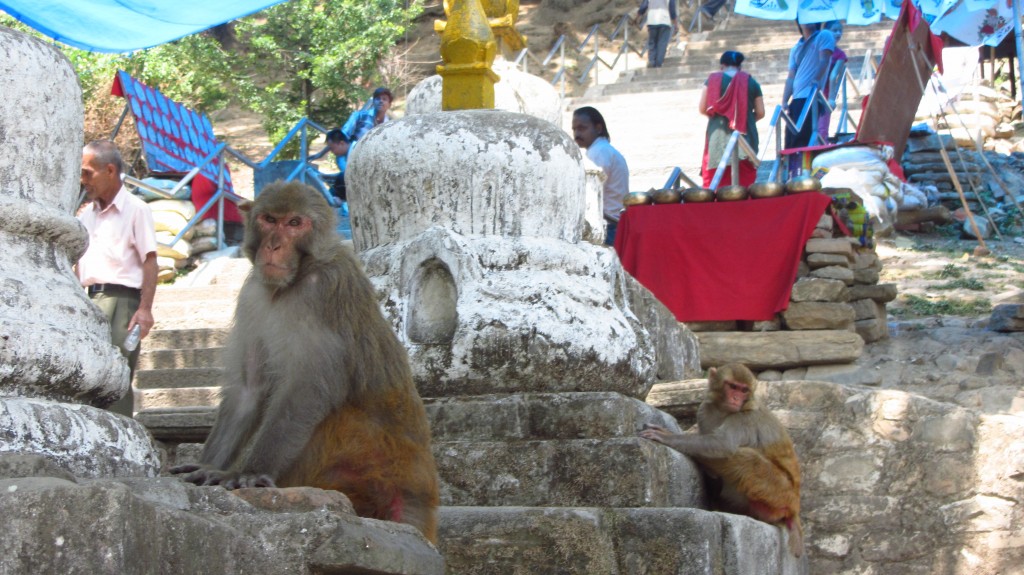 Monkeys Go to Temple Too 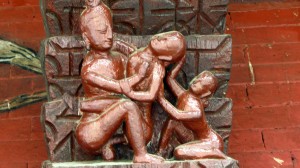 Kathmandu is the definition of chaos. As we left the airport (where no ATM machines would give us money) we could already see crazy traffic and no traffic lights, dirt roads all over the city making it a very dusty place. Because the city does not have side walks or they are too small, the drivers honk all the time. There are people on the streets selling fruits, vegetables and anything you can imagine. Rickshaws compete with cars, bikes & motor bikes, cows, buffalos, sheep and people in the already small space trying to manuever forward. The smell of incense is everywhere trying to remove the funny smell of dirty water/stinky people/filthy streets that is around the city. I hate the smell of incense, but have grown to LOVE IT. Dogs, cows and goats are ever-present and since cows are sacred animals in this culture, sometimes they sit in the middle of the road and never move thus obstructing traffic. Complete MADNESS!!! 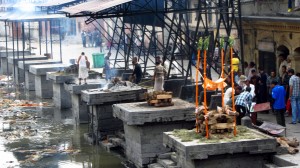 Nearly All Nepalese Are Cremated Soon After Their Death

Despite all this, Kathmandu is a place where you can stroll on the streets and see statues designed in the 5-6th century, see small temples on every corner, see Buddhism and Hinduism structures intertwined, and all the while observing how different and similar we act as people. Religion is a way of life here, but is also part of the socio-structure of the castes. In downtown Kathmandu there is the UNESCO heritage site Durbar square with its big pagodas (a architecture style created in Nepal) and the chaos does not stop here either. One very interesting place we visited was Pashupatinah, the most important hindu temple in Nepal, where we could see the cremation of bodies at the pyres along the Bagmati river, holy men walking around and chanting, rhesus monkeys eating the food offerings, a lot of people praying in rituals and of course more cows along the sacred river. 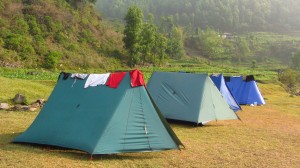 Our Home For A Night

But Kathmandu is not only about hinduism. After all Siddhartha Gautama (Buddha), was born a few miles away from here in Lumbini-Nepal and Buddhism is the second most important religion in the country. We visited a few temples with the always gilded stupas, the eyes of the Buddha staring at us and several monks with their red and orange robes walking in clock wise motion around the big religious monuments. 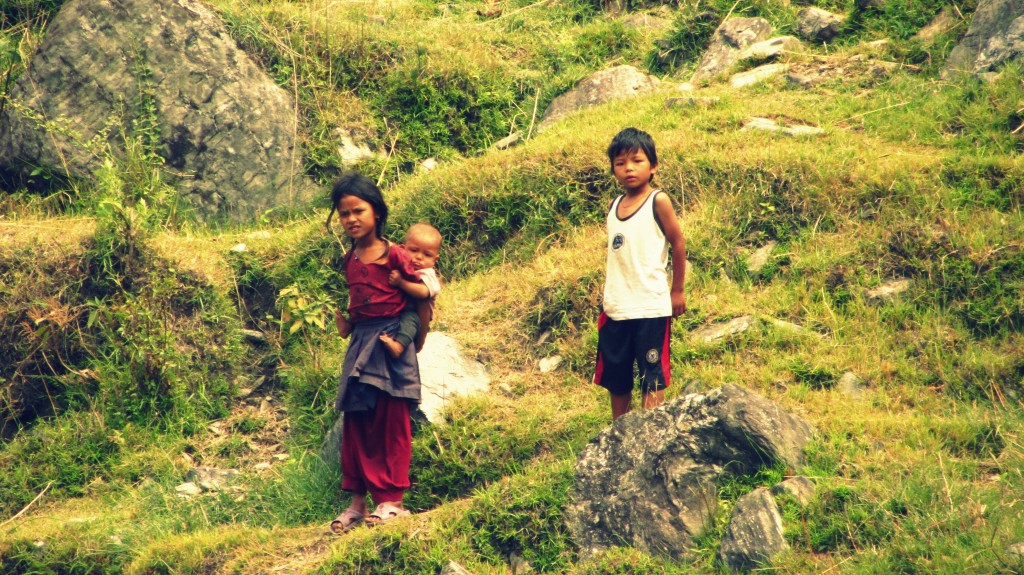 Taking Care of You Siblings is Universal

On our 3rd day in the country we decided to go on a 2 day rafting trip at a river (Bhote Koshi) close by. The first day of rafting was quite easy, mostly class II and class III, which helped prepare us for day 2. Day two was an all-together different rafting experience, much more technically challenging, constantly paddling in one direction, then completely switching so as to move more easily down river occasionally bumping in huge rocks that made us feel like we were in a pinball machine. 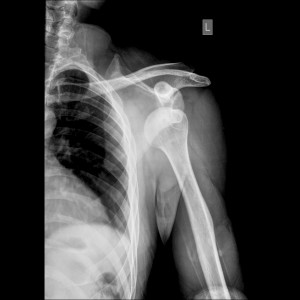 The trip was going really well, despite the fact the river was really disgusting with trash floating along our raft most of the time (The Nepalese really don’t care for their rivers very well). But close to the end of the trip we hit a class III rapid and the river level was so high that our raft scaled a rock that was at a 60 to 70 degree angle. I’m not sure if we coud have done anything better to navigate this rapid better, but the boat with 7 of us capsized. Nobody got injured, but me (Marcelo). I was holding to the life line as the boat capsized and eventually hurt my left shoulder. It was hard for me to get out of the water since I had a lot of shoulder pain and could not swim or use my left arm. I was pulled out of the water by Jason and some other people. When I got out, the pain was severe and as I touch my shoulder I noticed that I had dislocated my left shoulder. After 2 attempts to put my shoulder back in place with the help of one of the Norwegians who were with us in the tour we decided that I needed to get medical help. There was a clinic close by, but as I got on the road after walking up a huge cliff, a jeep stopped by and a Swiss woman offered to take me to Kathmandu to a foreigner’s clinic 3.5 hours away. 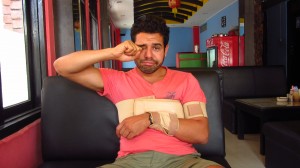 On the way with a really bad bumpy road that only made my pain even worse, there were people on strike and who were putting barriers on the road making it difficult for us to go through. Nearly four hours after the accident and enduring what seemed to be an eternity of driving on horrible roads which only exacerbated the pain, tears started to fall as I saw the medical clinic knowing that I was finally going to get relief.   After a few doses of narcotics and muscle relaxants to ease the pain and th spasms, the doctor was finally able to put my shoulder back in place. Now I have a sling I should be wearing for 2 weeks, some residual pain and the prospect to have future dislocations, arthritis and surgery. Let’s hope for the best. But my career to be a left-handed pitcher is OVER. 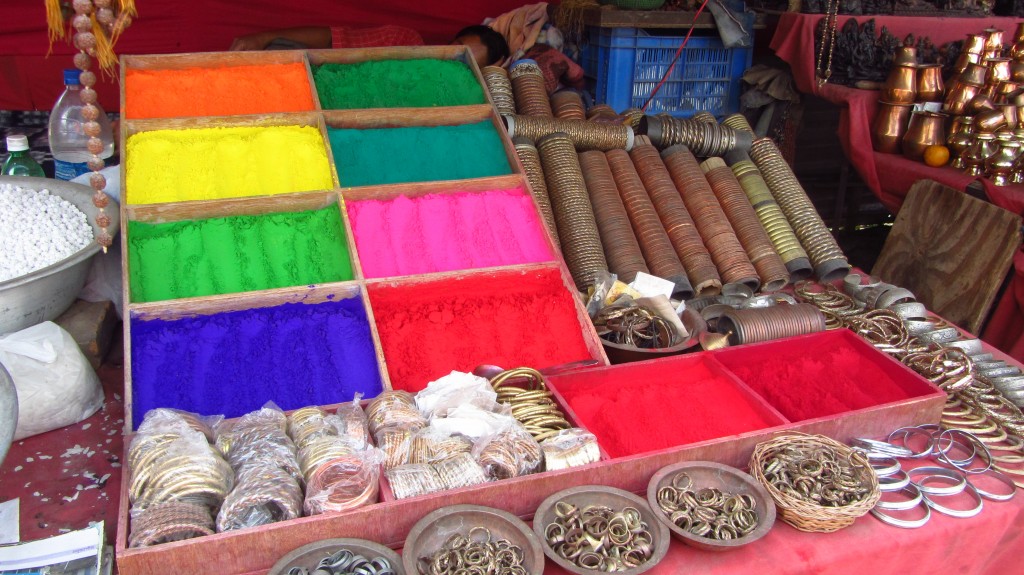 The Powders That Holy Men Rub on Hindu's Foreheads

The day we were supposed to go to the trekking I had already gone to the bathroom 6 times in less than 3 hours. As I said Nepal is not treating us well. Jason had been in the same situation a few days before, but he is doing better now.

Check out some our pics here, but now it’s time to get prepared to get well and get started with the main reason we came here : HIKING.

3 Responses to Kathmandu Brought Tears to My Eyes